The Oven that I produce in Italy 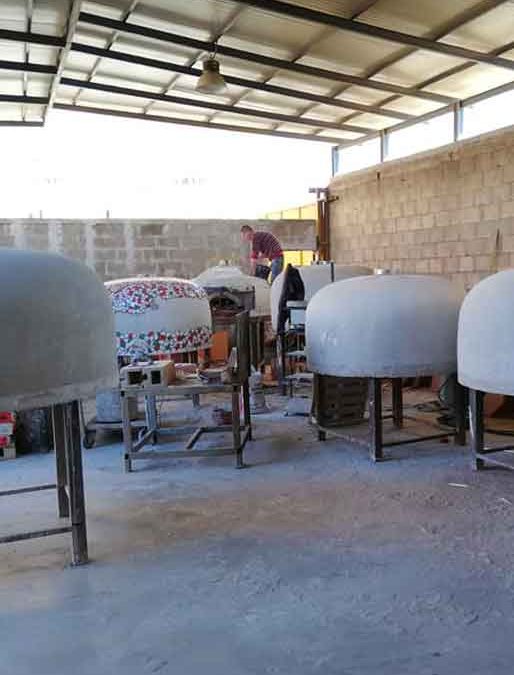 italian pizza oven build in Napoli in the artisianal metod

History Of Oven is as old as it is fascinating, bringing with it the traditions of culture and ingenuity that have made the history of humanity.

Since ancient times, man has experienced the approach to the oven as a convivial act:

the custom of sharing food around the fire, the result of working collaboration and a sign of family and social union.

The beginning of the History of Oven was already at the time of the Ancient Egyptians:

it was customary to construct conical structures with clay bricks, with 2 independent cavities superimposed on each other.

The functionality was very simple:

by lighting a fire in the lower cavity it was possible to heat the oven, consequently the upper cavity reached an ideal temperature for cooking food.

The Greeks were certainly not outdone, as they built the first single-chamber kilns with the dome vault used to bake bread and meat.

But the civilization that gave the definitive evolution to the History Of Oven was certainly that of the Romans with Pompeii Oven:

they built a gastronomic culture around the Pompeii Oven so deeply rooted that it organized a sacred ritual called fornacalia.

The Fornacalia was a religious festival celebrated in February to honor the Goddess Furnace, guardian of the operation of the Pompeii Oven.

During the ceremony the “mola di salsa” was served to the Goddess:

mixture composed of grains of spelled and shrubs ground in a mortar.

The mastery of the Romans to use the Arch in Architecture has evolved to the point of making them build exceptional wood-fired ovens with very high thermal insulation.

Pompeii is the living testimony of the great mastery achieved by the Ancient Romans in the History Of Oven construction of the wood-fired oven, now called Pompeii Oven “Forno Pompeano”.

The oven was so ingenious that from their times to today there has been no further evolution of the structural and insulating conception of the wood-fired oven.

Many centuries have passed since Roman times, but the History Of Oven have brig us sacred principle of convivial sharing has remained unchanged.

It is no coincidence that moments of family and social union are often associated with food sharing.

The culinary culture of today is rooted in the wood-fired oven culture thanks to the History of Oven, just think of bread, pizza, biscuits and desserts.

Wood firing is unique and still maintains the primacy of flavor compared to electric and gas ovens, as it gives the cooked product a unique flavor, flavored by the type of wood used for combustion.

Pizza thanks to the wood-burning oven has been so successful that it has become the most consumed product in the world.

Today the pizza is cooked in different types of kilns, but as everyone knows the primacy of taste and tradition is always kept in the wood-fired cooking.

Various types of lengna kilns are available on the market:

from prefabricated to artisan refractory, depending on the needs of the activity.

For Business use we have a Production Of italian Brick oven from Napoli.

For private use, not everyone has the opportunity to install a wood-fired refractory brick oven, as it is too heavy and bulky for terraces and gardens.

Our company has accepted this challenge of epochal change:

which is why we have set ourselves the goal of producing ovens that are not too heavy, bulky and that bark a good design and thermal insulation.

Our dedication has prompted us to build highly insulating steel ovens with a refractory biscuit, light with small dimensions, ideal for terraces and gardens.

The purpose is to bring back the ancient traditions and flavors to your homes, making us proud but at the same time giving us great responsibility.

It is not by chance that we have created a blog and social media channels that have the purpose of informing me and teaching you the secrets and the procedures for cooking pizzas, bread and cakes according to the ancient tradition.

Our ovens, in addition to being extremely insulating and able to reach high temperatures, heat up in about 40 minutes, much faster than the stone ovens that need 4 hours.

These factors make oi a reference company in the domestic and international market of wood-fired ovens for domestic use.

In many we bore memories of childhood that come to mind when it is demonstrated by the fact that people who want to deal positively with their relationships love sharing food.